You snooze, you lose? Not when it comes to reaching your fitness best. Here’s how eating smarter will maximize the quality and power of your zzz’s.

Sleep and Your Diet

Jenniffer Jordan, 34, was at soccer practice with her local team when she first made the connection between the food she ate and the sleep she was — or, rather, wasn’t — getting. “My teammate started raving about her surge in energy thanks to a new ‘whole foods’ approach to meals,” Jenniffer says.

“I was so tired all the time. I seriously thought I had a sleep disorder. Suddenly I wondered, could it be my diet?” After hearing her friend describe how she was sleeping better and waking up raring to go, Jenniffer decided to clean up her act. Out went caffeine and alcohol; in came fruits, vegetables, and lean meats. Up went her water intake; down went the consumption of high-sugar snacks. “Within a few days I was sleeping sounder, feeling stronger, and having more energy,” Jenniffer says. “Before, I could barely wake up for work; now when my alarm goes off, I feel good.” An added perk: better workouts. “Three-mile runs used to feel tiring; lately I’m going longer and faster. Who knew changing my diet would start this chain reaction?”

Her epiphany about the diet-sleep-fitness connection is one we could all benefit from. For starters, the amount of sleep women get has declined in recent years: On average, we sleep six hours 40 minutes on weeknights, according to a 2009 National SleepFoundation poll. Just seven years ago, we were getting six hours 54 minutes, and a century ago Americans averaged nine to 10 hours a night.

At the same time, obesity rates in the United States have skyrocketed, reports the Centers for Disease Control; 66 percent of adults are overweight or obese. Snoozing dips, sizes rise — coincidence? Probably not. “When you’re sleep deprived, your body produces more ghrelin, a hormone that tells you to eat more, and less leptin, which signals you to stop eating,” says Michael Breus, PhD, author of Beauty Sleep. Case in point: People who sleep only four hours a night are more likely to choose high-carb, sugary, and starchy foods over healthier picks, a recent University of Chicago study found.

Getting enough zzz’s is particularly important for active women. “Sleep allows your body to recover from tough workouts and readies it for the next one,” says Kristine Clark, PhD, RD, director of sports nutrition at Pennsylvania State University. “During deep sleep, every muscle in your body works to rebuild itself stronger than before.”

The seven to eight hours of sleep a night that experts say women need may sound like a lot, but just wait: Active women, especially those training for an endurance event, need up to 10 hours for peak performance, says James B. Maas, PhD, professor of psychology at Cornell University and coauthor of the forthcoming Sleep — At Last! “Well-rested people are typically 20 percent quicker at performing physical tasks than those who lack adequate rest,” he says. “Sleep plays a major role in muscle memory, which sharpens your focus and reduces reaction time.”

When researchers at Stanford University asked tennis players to sleep 10 hours a night for five to six weeks, the athletes reported sprinting faster and hitting better. Equally important, they felt that they recovered quicker for the next day’s practice than when they worked out with fewer hours’ rest.

How exactly does sleep help you get fitter? During rapid eye movement sleep (REM), neural connections created during your workout are strengthened, ingraining a new skill (like a tennis serve) into long-term memory, Maas says. In stage 2 of sleep, small bursts of brain activity promote muscle memory for step-by-step actions (like a kickboxing sequence). And slow-wave sleep helps the body produce hormones essential for muscle repair.

On the flip side, too little sleep can slow down your workout. “Studies show that poor sleep quality has the same negative effect on performance as not sleeping at all,” Maas says. “In both cases, the body’s ability to convert sugar into muscle fuel slows, so muscles don’t receive enough energy, causing you to ‘hit the wall’ during exercise 20 percent sooner.”

In other words, eat smarter, sleep better; sleep better, get fitter. It’s that simple. Start with the nutrition strategies on the next page for sweeter, sounder dreams tonight and a stronger body tomorrow.

How to Eat for Better Sleep

It takes more than ditching the fries and frozen margaritas. The rules sleep experts swear by:

Skipping midday meals may seem like an easy way to shed weight, but doing so can throw off your body’s normal sleep pattern. Researchers who followed a group of Muslims during Ramadan (a month of fasting from sunup to sundown) found that the group lost an average of 40 minutes of sleep a night compared with a nonholiday time of year. The likely cause: changes in hormone levels due to fasting. Large, late dinners exacerbate the problem: “A big meal increases the blood flow to your digestive tract, causing your stomach to secrete more gastric acid and making your pancreas and intestinal muscles work harder,” Breus says. This stimulates your system instead of calming it.

Do eat early and often.

“Your body uses up energy during the sleep process; it needs to be restored,” Breus says. Eat a mix of protein and carbs for breakfast (think eggs and whole wheat toast), and have six 250- to 300-calorie mini meals throughout your day. Eating something nutritious every few hours helps your body and brain maintain the right balance of hormones and neurotransmitters, essential for falling — and staying — asleep at night.

Don’t be a party victim.

Just say no to canapes, cheese plates, and mini meatballs. High-fat and spicy foods spark indigestion and reflux, keeping you up long past your bedtime, says Carolyn O’Neil, RD, author of The Dish: On Eating Healthy and Being Fabulous!

Do eat carbs for dinner.

A recent study found that people who ate jasmine rice before bedtime fell asleep faster than those who didn’t, the American Journal of Clinical Nutrition reports. The reason? Jasmine rice is high on the glycemic index, so it helps increase the body’s production of tryptophan, an amino acid that makes you sleepy, explains study author Chin-Moi Chow, PhD, senior lecturer at the University of Sydney.

When daily calories dip below 1,200, you miss out on key nutrients, and this may affect your sleep, says Susan Moores, RD, a dietitian in St. Paul. Low iron, for instance, may cause symptoms similar to restless leg syndrome. A deficiency in folic acid may lead to insomnia. Studies also suggest that anorexics on extremely low-cal diets limit the time their bodies spend in the slow-wave sleep cycle, necessary for muscle repair and recovery.

Do strike a balance.

A well-rounded diet with foods high in B vitamins, calcium, and zinc will help you rest better. “Vitamin B6 signals your body to produce the calming hormone serotonin,” Breus says. “And calcium and zinc are natural relaxants.”

Processed foods like deli meats contain a lot of sodium, which can interrupt sleep by raising your blood pressure and dehydrating you, Cornell’s Maas says. Caffeine, meanwhile, stays in your system for up to 12 hours, so the effects of a p.m. latte could linger till midnight. Try skipping the joe tomorrow: Not having caffeine for a single day can improve sleep quality that night, a study in the Journal of Clinical Nursing found. 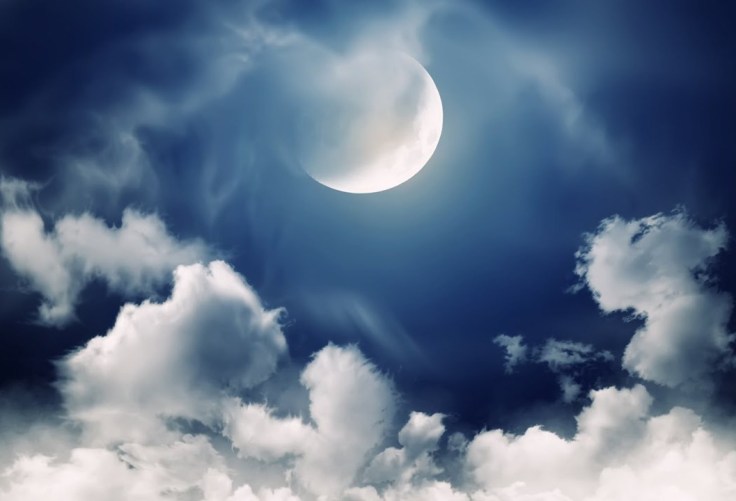 Before bed, have a cup of chamomile tea; the plant it’s made from acts as a mild sedative, Breus explains, calming your body and helping you drift off.

The bottom line is to focus on eating foods in as close to their natural form as possible (for instance, apples, not apple danish). And eat smaller meals, says Breus, but more frequently. Simple, no? And all without counting a single sheep. Sweet dreams.

Vitamins and Minerals for Great Sleep

These vitamins and minerals will help you snooze soundly tonight. Eat ’em and sleep:

They improve your body’s ability to regulate its use of sleep-inducing tryptophan and produce more system-calming serotonin.

Find Them In: Chicken breast, lean beef, salmon, bananas, potatoes, cereals fortified with B3 or B12

This natural relaxant has a calming effect on the body’s nervous system.

Deficiency in this mineral has been linked to insomnia.

A lack of this mineral can cause symptoms similar to restless leg syndrome.

Choose one of these combos; the fifty-fifty mix of carbs and protein ups sleep-inducing serotonin levels.

For more fitness and nutrition tips, contact AVAC’s Nutritionist Laura Hsu. She can help get you set up for sleep success!